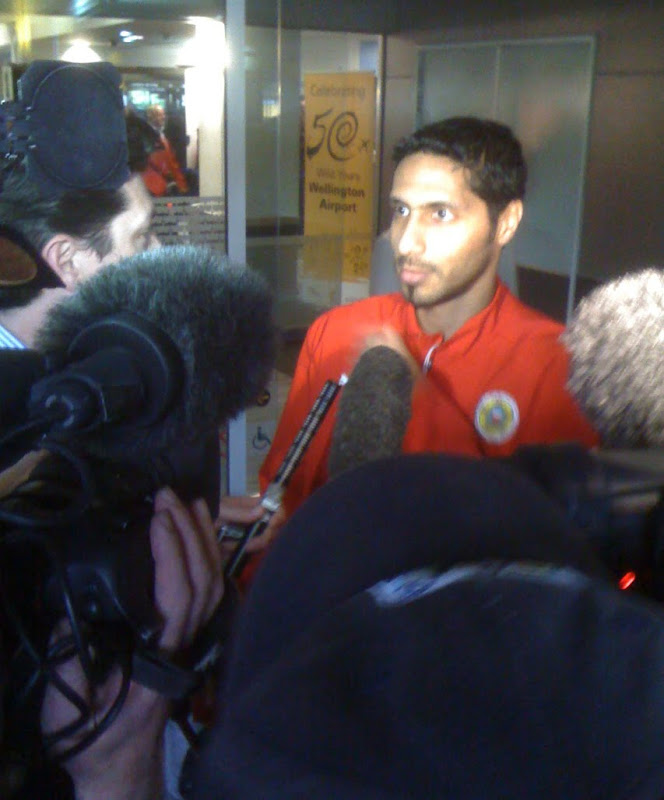 The Bahrain football team arrived in the Capital for their match against the NZ team the All Whites. They were met by a media scrum at the airport ... all keen to question their chances of a win

However New Zealand's potential place in the World Cup football finals is being questioned overseas as top countries are eliminated.

On Saturday, the All Whites, minnows on the world football stage, play Bahrain in the second leg of a World Cup qualifying match, with the prospect of making the finals for the first time in 27 years if they win. Whichever team wins, New Zealand with a world ranking of 83, or Bahrain, 61, they will be at next year's finals in South Africa ahead of other teams with considerably higher rankings.

Among those already eliminated are world No 8 Croatia and the Czech Republic who are No 15. Former English football commentator Barry Davies said he was not surprised by criticism that countries so far down the world rankings had a chance at the finals, while top teams were eliminated. However, New Zealand appears to have less of a presence than Bahrain, with All Whites captain Ryan Nelsen on Tuesday saying his Blackburn Rovers teammates, coming from nations including South Africa, Australia and Denmark, saw New Zealand as the easier of the two teams to get past.