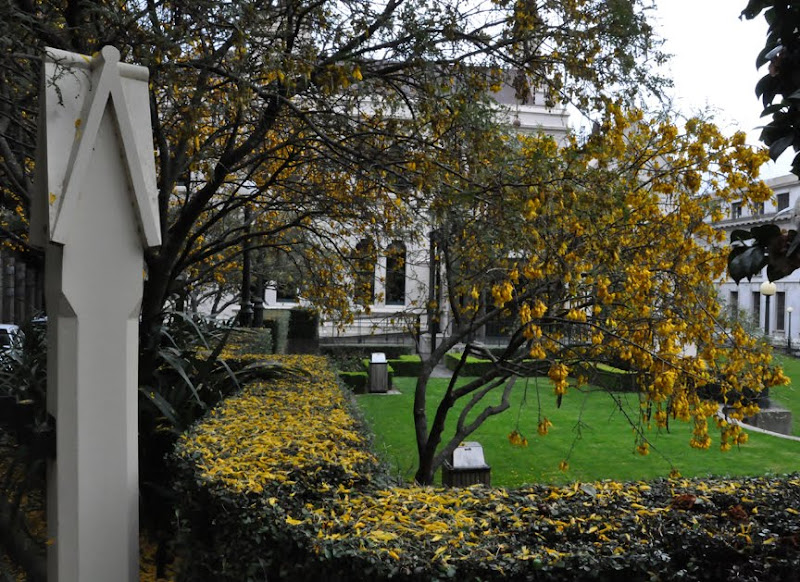 The kowhai trees behind the General Assembly Library in Parliament grounds.

The Parliamentary Library is a working library that provides research services for members of Parliament and parliamentary staff. There is also a public reading room for customers of the Library’s International Documents Service and the Parliamentary Information Service.

The building was designed by Thomas Turnbull in the Victorian Gothic style. It was built in two stages due to financial constraints: The west wing (now at the back of the Parliamentary Library) was built in 1883. The main front part of the building was completed in 1899. The parliamentary library has occupied the building since 1901, when it was known as the General Assembly Library. Other occupants have included government departments, Bellamy’s, and members of Parliament.