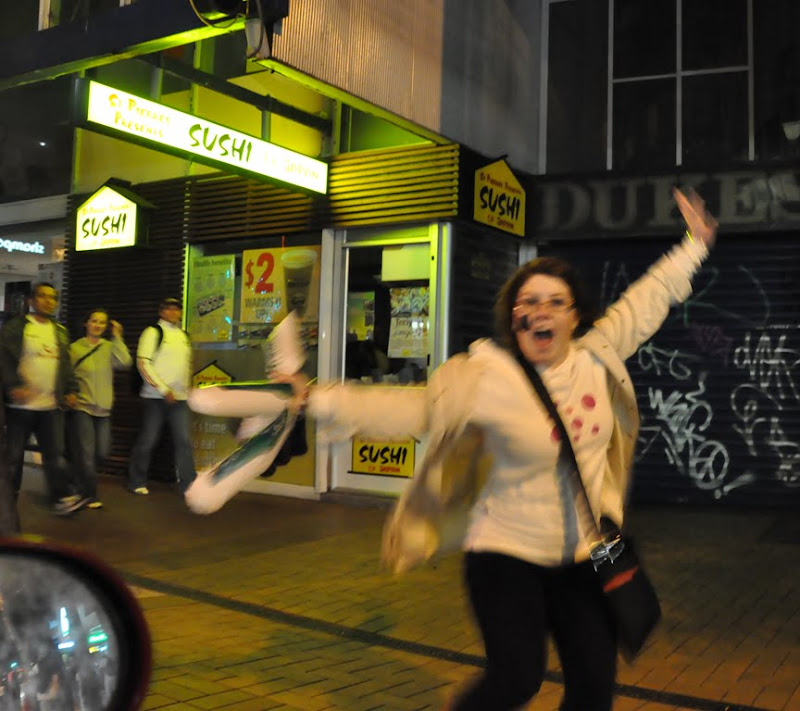 The Fallon name became indelibly linked to New Zealand's World Cup history when Rory headed the All Whites' winner against Bahrain to send them to the finals 27 years after his father Kevin helped oversee the first appearance by the Kiwi footballing heroes.

The 27-year-old striker got up to head a Leo Bertos corner into the back of the net in the 45th minute of a pulsating qualifier in Wellington.

Fallon wasn't alone with his heroics of this 1-nil win. Kiwi keeper Mark Paston saved a second half penalty as the All Whites desperately held on to win the dramatic match and claim a place in next year's World Cup finals in South Africa.

Three minutes before his goal Fallon had another header denied by a wonderful reflex save by Sayed Mohamed Jaffar. But the Bahrain goalkeeper had no chance off the corner as the big Plymouth Argyle forward rose high to claim his second goal in just three games for New Zealand. 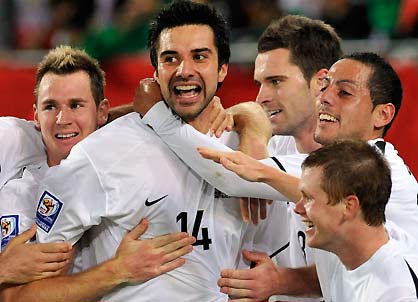 PHOTO: taken by Photosport for stuff.co.nz
Posted by jbworks at 10:40 AM