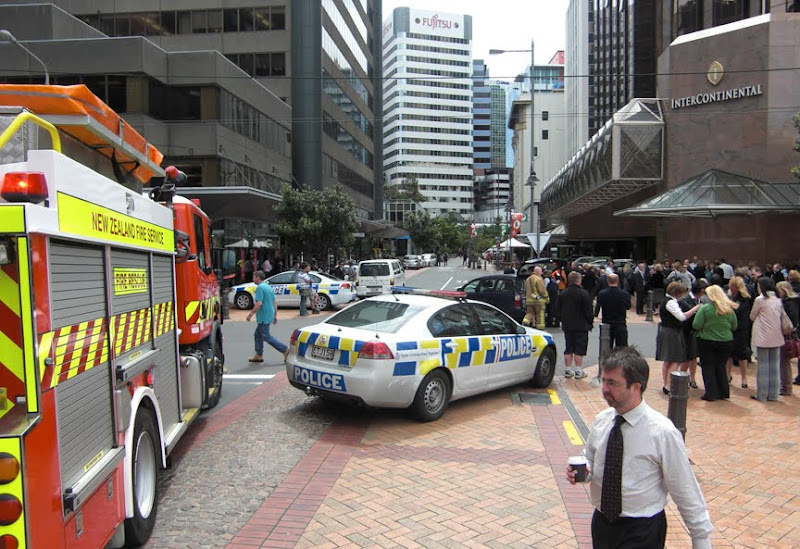 Much of Wellington's central business district was been cordoned off and offices evacuated over a bomb scare this afternoon.
The emergency began after a teller at the National Bank on Featherston St was handed a note shortly before 3pm suggesting there was a bomb in the building, a central police communications spokesman told NZPA.

"We're using a police specialist search group to check the premises, and the building has been evacuated," he said.

UPDATE
A bomb scare at a Wellington bank that brought the central business district to a virtual standstill this afternoon appears to have been a hoax.

Cordons were put up around much of the CBD after a teller at the National Bank on Featherston St was handed a note shortly before 3pm suggesting there was bomb in the building that would go off at 3pm, central police communications team leader Chris Turner told NZPA.

The building was evacuated and surrounding streets cordoned off until shortly after 6.30pm, causing severe disruptions to traffic in the city.

Police said a search of the bank found no sign of a bomb, but the building remained cordoned off tonight as a scene examination was continued.

Police were still trying to identify the person who delivered the note, Mr Turner said.
Posted by jbworks at 6:56 PM