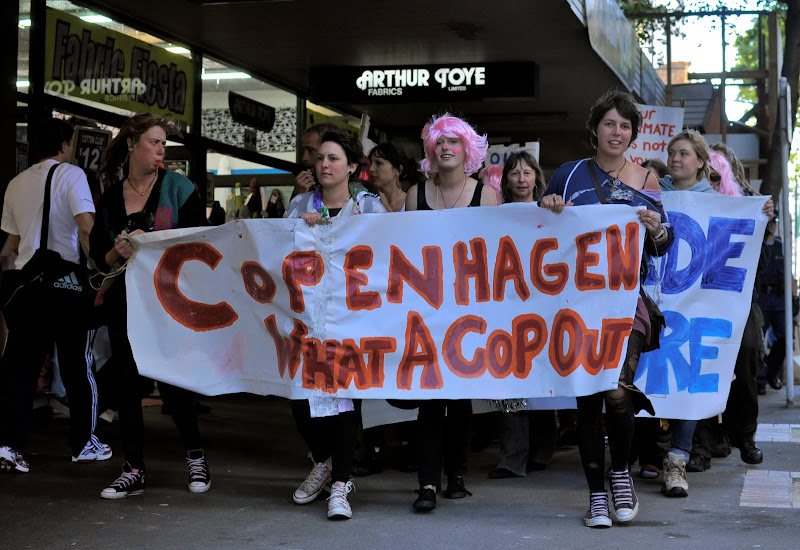 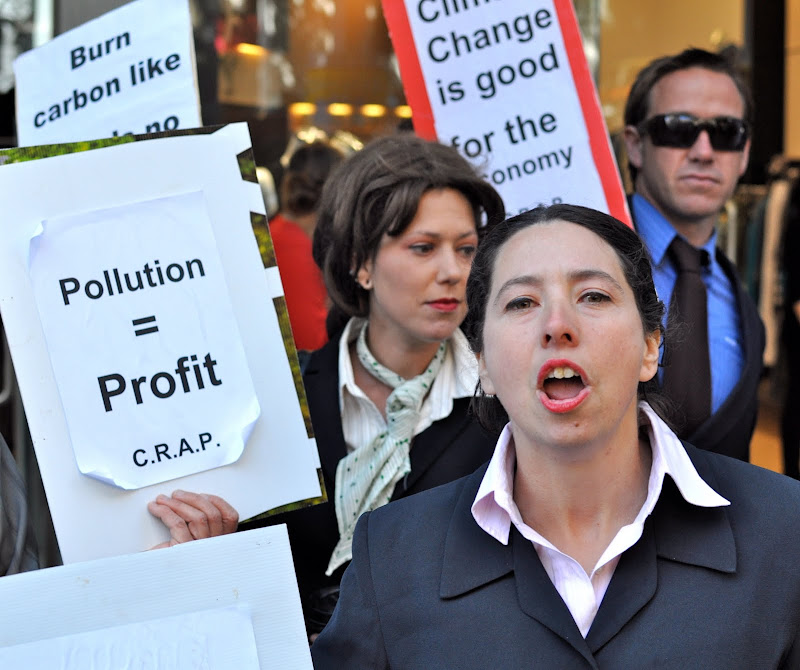 About 30 to 40 people took part in the noisy, colourful protest, in an attempt to disrupt "the root causes of climate change". The protests came on the last day of a week-long camping conference on climate change, held in the Hutt Valley. Two groups presenting their views marched up either side of the main streets in the CBD ...monitored by a long line of "blue" ... NZ Police.

Mr Darroch said all of the actions had been discussed, supported and decided upon by consensus.

"It was a really positive experience, to see alternative systems of reaching decisions work so effectively," he said.

The activists were heading back out to their campsite for a big party to celebrate the day's action and conclude the week of workshops, networking and discussion, he said.
Posted by jbworks at 10:13 AM